Regenesis On The Inside

Lonely, isolated, and depressed people usually don’t have the emotional energy to be proactive when it comes to environmental issues. When you are just trying to survive the day, bigger issues can be overwhelming.

I believe a closer knit, inclusive community, that reaches out and connects with each other, will help with our Regenesis journey. With my story I am reaching out, giving you a piece of my mental health journey. If you have a piece as well, please share it with us. 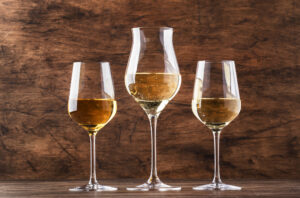 Reflections In A Glass – Anneliese Senn

She stared at her glass of sparkling pink Moscato reflected in the mirror behind the bar. The bubbles rose to the top of her glass. It was hypnotic the way the bubbles kept rising to the surface. She felt like she could stay there forever, hypnotized, unthinking, floating with the bubbles.

She was snapped out of her daze by a nudge to her back and lifted her eyes to look higher in the mirror. Behind her an old man was squeezing through the throng on the way out to the rest rooms. She looked around the room, keeping her gaze on the mirror. She could see it all, in between shelves filled with spirits and liqueurs. The light reflected on the mirror and shined through the different colours of the bottles. They were so bright and colourful, unlike the room behind her. It was just a dingy bar, full of dingy people.

By now the old man was pushing his way through the crowd again, towards a table near the TV screen. The football was on. Just under the hum of chatter she could hear the commentator, babbling, babbling. There was so much noise in here and so little sense. The old man’s face lit up momentarily. He was watching the screen. Suddenly his face fell again. No try.

She felt a fleeting rush of superiority. She may be broken and cracked but at least she didn’t let a game on a screen control her joy and pain. The feeling left her, just as numb as before it came. Sitting alone, staring into a mirror.

The man lent and spoke to the man beside him. They laughed. He sat down and they began talking, his face animated, pointing at the screen. They were there every week, just like her. There were more old men scattered across the room, sitting in groups. They would watch the football, drink, and talk. She had never spoken to them. What would they talk about?

“Hello, my name is Mel. I see you like football. I don’t. I think it’s a barbaric display of toxic masculinity. I’m actually just waiting for it to finish so the karaoke can start.”

A middle-aged woman to the left caught her eye. She was in a heated discussion with a man sitting by her side. They came here often but not every week. They sang duets together with varying success, depending on the amount of wine they’d consumed. The man was looking downcast and apologetic. The woman was gesturing with her hands and seemed to not notice that she was in a room full of strangers, in a pub, waiting for the karaoke to start, like her.

She wondered what the man had done to upset the woman. Had he told his mother to stay with them without checking? Stayed back at work too often? Left all the emotional load of their family life for her to deal with to the point that she could no longer cope with it while quietly watching him flow along in the tide of her exhaustion?

She pulled her gaze back to herself and her empty glass. She wondered what stories people were projecting on her as she sat, reflecting.